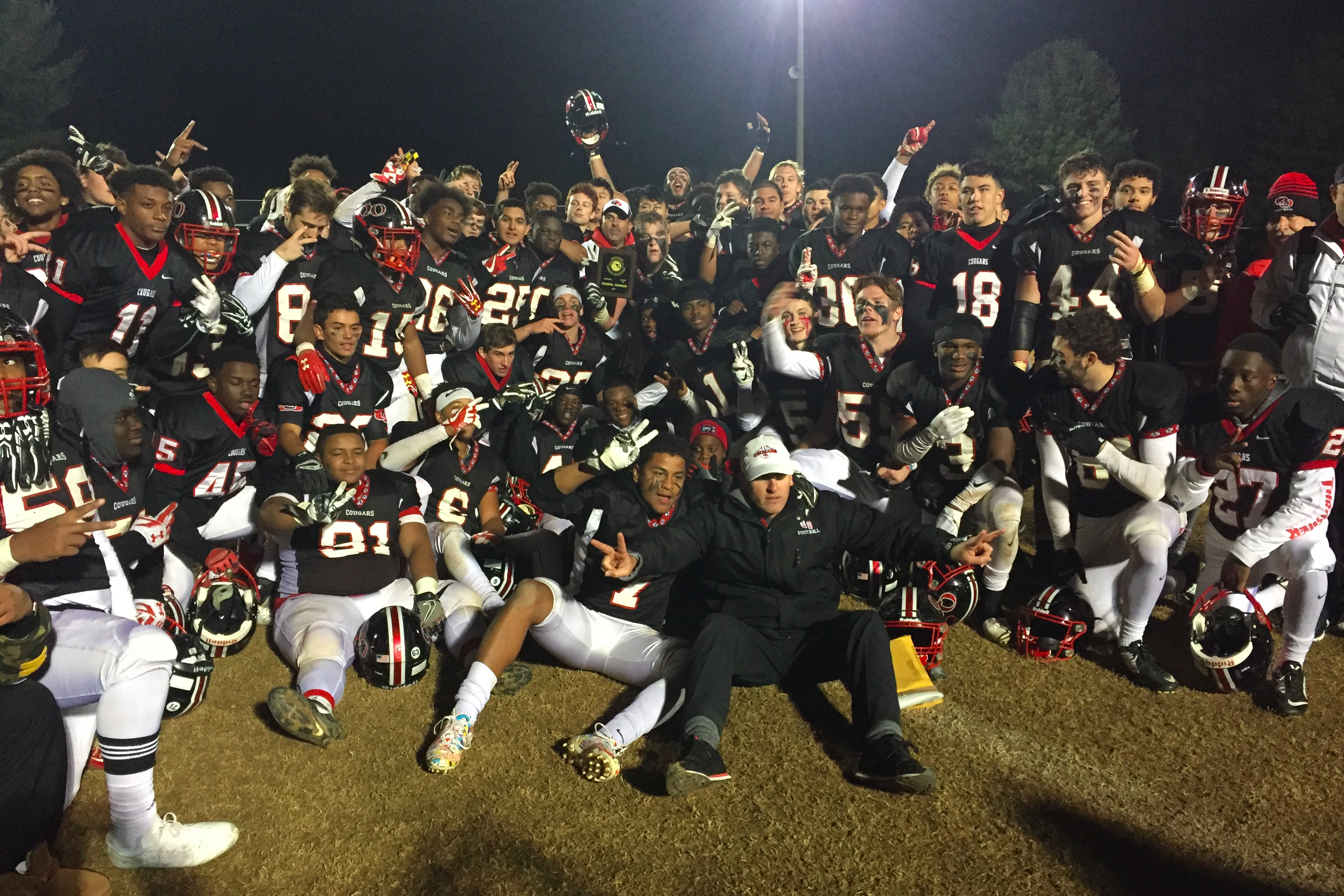 GAITHERSBURG — In three of the past four meetings, Northwest came to Quince Orchard and beat them in the playoffs. The Cougars beat them each of those times in the regular season, but just couldn’t get it together on the biggest stage. Last week, after beating Einstein 61-0, Quince Orchard coach John Kelley didn’t mince words when he told the Cougars how important this game was in the post-game huddle, mentioning how the Jaguars thought how the Cougar Dome was their home turf. It was personal for the longtime coach, saying he couldn’t wait to play them and show they won’t bow down just because of the name Northwest.

“Didn’t really have to hype them up,” Kelley said. “Our kids are ready to play. You know, regional championship game. We know what’s at stake: A chance to go to the state semifinals.”

When the dust settled after a very murky game, the Cougars survived, 31-21, and advance to the 4A state semifinals against North Point next Friday. Throughout the game, it seemed Quince Orchard would take five steps forward, but 10 steps back. The Cougars coaching staff estimated there was at least 200 yards worth of penalties on their side alone. In one instance, Kelley, fed up with the frequent calls, was hollering at his older guys, yelling, “You’re seniors, be better leaders.”

In the first quarter, and for much of the second quarter, Northwest came out and proverbially punched Quince Orchard in the mouth. They were able to stuff the run and kept Cougars quarterback Doc Bonner in check. Offensively, Northwest quarterback Chris Craddock and wideout Alphonso Foray had their way, with Foray reeling in four catches for 170 yards and a touchdown. The Cougars offense didn’t start to click until the latter half of the second quarter, when Craddock went down with an injury. Jaguars backup quarterback Jack Anders came in and threw an interception, which set up Doc Bonner to break free untouched for a 51-yard touchdown on the ground off a fake jet-sweep. Moments later, Bonner led the Cougars down the field again, and this time ending the drive with a 8-yard pass to Marquez Cooper in the flats and a 14-13 lead. The 14 points the Cougars scored would go unanswered as the Jaguars went into the second half searching for answers.

In the second half it was all seesaw action. Quince Orchard would increase its lead to 17-13 on a 41-yard field goal but that was it’s only points in the quarter. Penalties would rear its ugly head in again midway into the third quarter. After forcing a turnover on downs, the Cougars had a chance to put pressure on the Jaguars, but back-to-back holding penalties, as well as two incompletions in a row, killed the promising drive before it could really get its legs. The defensive stand breathed some life into Northwest as they were able to march down the field, with Juwon Farri scoring on a 8-yard run to give his squad a 20-17 lead heading into the fourth and final frame. As the fourth quarter rolled on, neither team refused to give until midway, when Bonner ran the ball nine yards into the end zone for his third total touchdown to reclaim the lead and make the score 24-20.

“Doc’s leadership is great,” Kelley said. “Because of the leadership Doc provides and our other seniors, that helped us get the win.”

“This game was a statement,” Bonner added. “They said it was a so-called curse, but we didn’t believe in it and we just came out here and played our game.”

Cooper then took matter into his own hands a few possessions later, when he stormed into the end zone from 19 yards away and 3:56 left in the game. The Jaguars were unable to seize back any momentum, but they refused to go down without a fight. With the game coming to a close and only pride to play for, Anders attempted to squeeze one more pass into the end zone, but Aaron Green was able to dive for the game-ending interception, thus cementing the Cougars place into the state semifinals and their second consecutive 4A West regional championship.