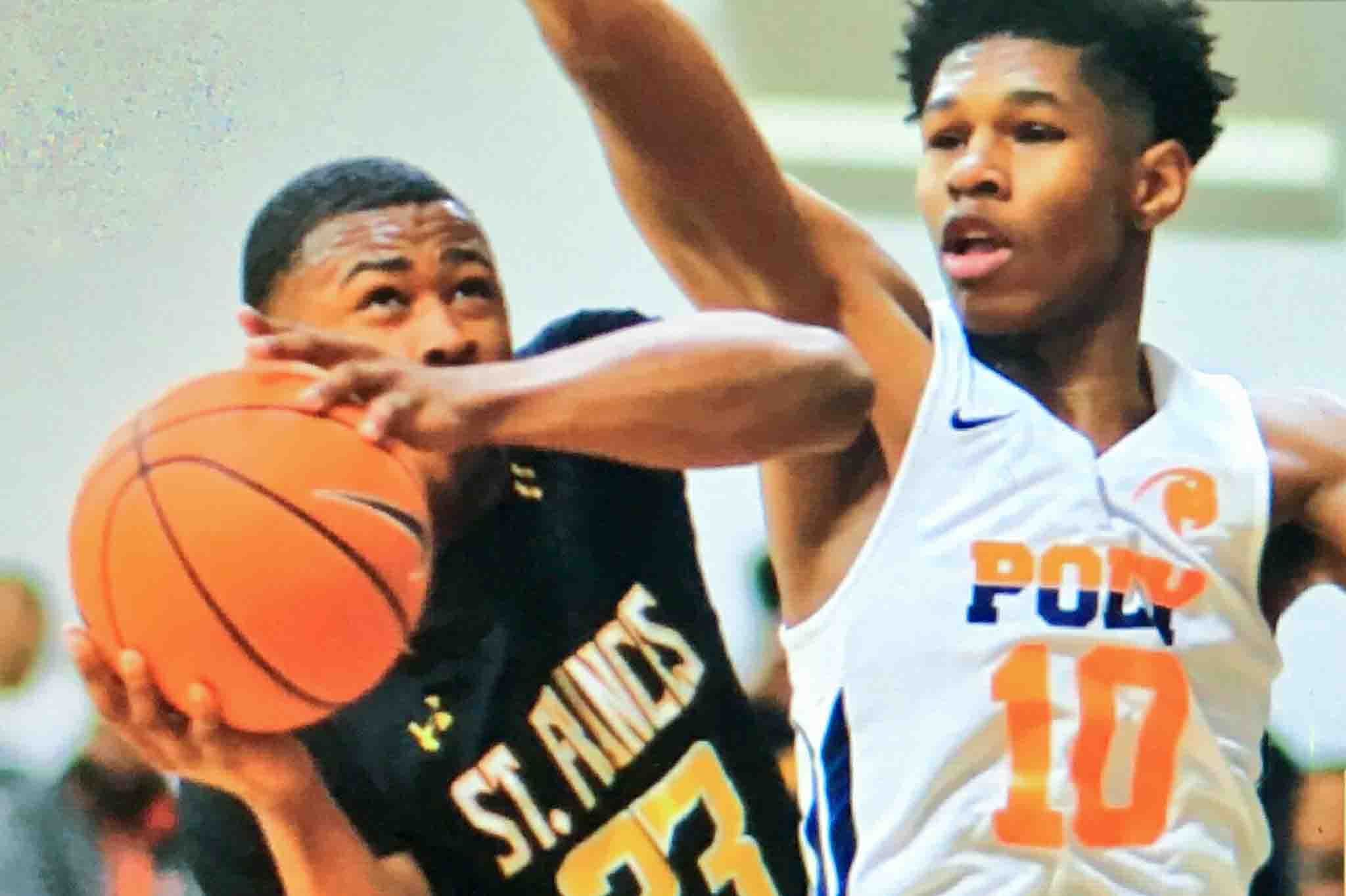 TOWSON — Thousands trudged the streets of Baltimore, forming traffic jams that radiated miles from Goucher College’s Decker Sports and Recreation Center, just to have a chance at witnessing possibly the Game of the Year in Charm City. Those who were wise enough arrived hours beforehand, and those who cut it close on time were turned away, as No. 3 St. Frances and No. 5 Poly drew a crowd that maxed-out the 1,200-seat arena and on the brink of fire-hazard status.

It was so packed that Jay Wright, head coach of the top-ranked Villanova Wildcats men’s basketball team, was denied entry. Maryland Sports Access and other media chains were rejected admittance, too, but in the end, it was the Panthers who rose to the occasion.

The Panthers (21-2) trailed by nine at one point in the first quarter and the Engineers (8-2) led 33-30 at halftime thanks to Demetrius Mims’ 18 points. But Diop locked down Poly’s 6-5 senior wing in the second half, holding him to just nine points over the final two quarters. Mims, who is taking his talents to Long Beach State this fall, wound up with a game-high 27 points.

“We had to change up the matchup, cause he kept shooting the ball going right,” Diop told The Baltimore Sun after Monday’s win. “They told me to guard him and just shut him down. Just force him left so he couldn’t score anymore. That’s what I tried to do. That was the biggest obligation I had to do. Don’t worry about scoring… just shut him down.”

6-7 2019 forward Bassirou Diop had 18 points to lead St. Frances to big victory over Poly tonight. Transferred in from Bayside HS in Virginia Beach over the summer and holds an offer from Hampton. #DMVhoops @abasswhooping

Diop erased the St. Frances deficit for good when he converted a layup that broke a stalemate with 4:24 left in the third quarter. Though junior 6-6 forward Justin Lewis brought the Engineers within one before the third quarter ended on a 3-pointer, the Panthers never trailed after Diop’s tie-breaking basket.

“I think their depth hurt us a little bit, as it has hurt teams all year,” Poly coach Sam Brand told The Baltimore Sun. “As that happened, I thought late in the game, in a tight game, their experience hurt us. They just looked comfortable continuing to trust each other, and I thought we made some plays where each guy was trying to hit a home run.”

But, Brand, a Baltimore guy through and through, acclaimed the contest and the theatrics it delivered.

“It brought the city out,” Brand said. “I think our schools represent different strong points in our city, and I’m glad the city came out to watch. I wish we could’ve been on the winning end of it.”