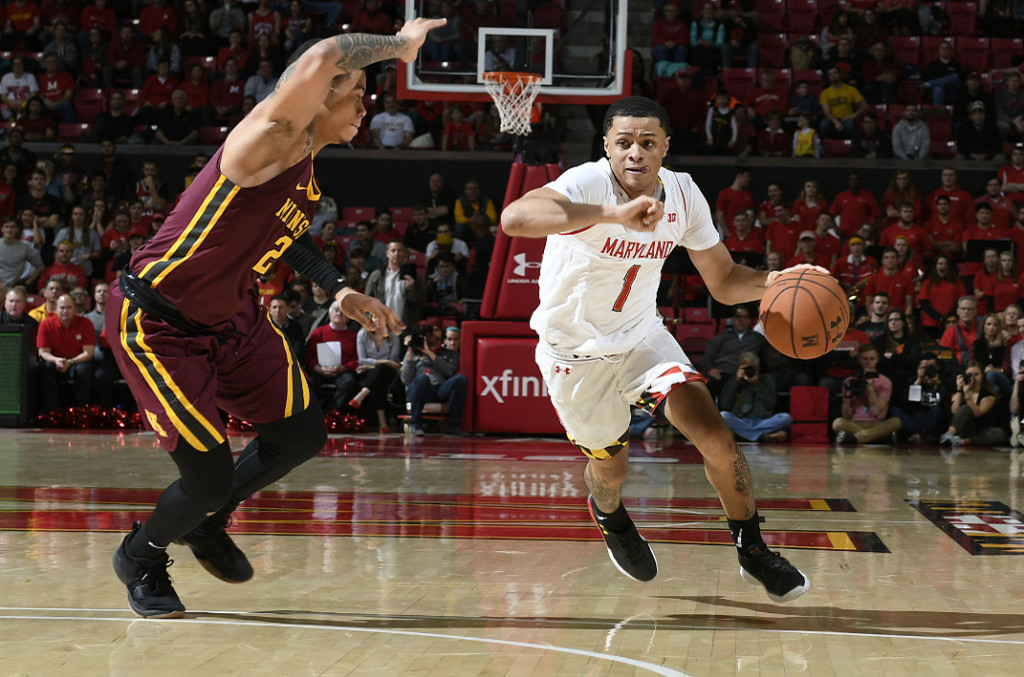 COLLEGE PARK – Going into Thursday night’s tilt in College Park, Maryland and Minnesota were in an eerily identical position.

Both sat at 14-6 overall and 3-4 in the conference. Both dropped three of the last four games, with embarrassing road blowouts in between, to reel into a three-way tie for seventh in the Big Ten. Both coaches are coping with depleted rosters in the aftermath of detrimental injuries to program cornerstones.

For Maryland, that’s small forward Justin Jackson (torn labrum) and power forward Ivan Bender (leg). Minnesota, meanwhile, is without redshirt senior center Reggie Lynch for the foreseeable future, who is suspended indefinitely for sexual assault allegations, and guard Amir Coffey — the team’s third-leading scorer in points per game (14.1) and leader in minutes per game at 31.4 – is sidelined with a shoulder injury.

As the 40-minute bout reached 0:00, Coach Mark Turgeon ushered his Terrapins back to the dressing room celebrating to the tune of the pep band rather than having to sculpt another melancholy post-game speech of how another one got away. Maryland delivered a 77-66 win over reeling Minnesota on Thursday night in front of 13,746 spectators, bouncing back from the one-point loss at Michigan earlier in the week to regain its footing in the Big Ten.

“Great win for us, we played well. Started a little slow. We were really good. I thought [Michal Cekovsky] was terrific defensively,” Maryland Coach Mark Turgeon said. “I thought our ball-screen defense on [Nate] Mason was great all up until about the six-minute mark of the game. We did a lot of great things. We shared the ball. We’re getting better and we responded. We were mentally tonight, especially in the second half. Good win for us.”

Maryland finished with 18 assists on 25 baskets, and put four in double figures.

Jordan Murphy, the NCAA’s leader in double-doubles with 19, finished with 19 points on 17 shots, as Maryland senior center Michal Cekovsky made life difficult for the Gophers’ frontcourt anchor, using his towering 7-1 frame and a heightened level of physicality to disrupt the 6-7 junior forward.

“I think my size was bothering him,” said Cekovsky, who added 17 points on 7-for-10 shooting and four blocks. “I watched a lot of extra film on him before the game.”

Maryland and Minnesota came out old in the opening four minutes regulation, combining to go 3-for-13 amid offensive stagnation and contemplation for mid-range jumpers.

Darryl Morsell (13 points, five rebounds) and Cekovsky got Maryland going with two buckets, which gave them an early 4-3 lead at the first media timeout. Murphy then knocked down a wide-open 3 on the right wing to put the Gophers ahead and Konate followed with a thunderous flush, giving Minnesota an 11-5 lead, as Maryland stammered through what would be a six-minute drought without a field goal.

Morsell halted the skid with his signature hard take off the glass, which brought the Terrapins within three, 11-8.

Kevin Huerter, who put together one of his more complete performances with 19 points, eight rebounds and five assists, then drilled a pull-up triple, igniting a key 13-0 run that powered Maryland ahead 23-16 as the first half reached its final stages. The run also featured a Joshua Tomaic (seven points, five rebounds in 25 minutes off the bench) three-point play and five more quick points from Huerter, who scored eight during the stretch.

Duke grad transfer Sean Obi, who hadn’t come off the bench in four of the last six games, checked in with five minutes left in the first half, then finished a pick-and-roll inside to push Maryland’s lead to 29-21. But Maryland went scoreless of the remaining 3:29 in the first half, letting an eight-point lead dwindle to one – 29-28 – after a 7-0 Minnesota run.

That’s when Huerter drilled a catch-and-shoot 3-ball off an assist from Anthony Cowan (15 points, 10 assists, six rebounds) to kindle a decisive 21-2 run that swelled the Terrapins’ advantage to 50-34 with 12:09 to go. Cekovsky hammered down three crowd-jolting dunks during the stretch and brought the energy freshman forward Bruno Fernando usually brings. Fernando only scored four points in nine minutes, as he sat for long periods because of foul trouble (three fouls).

“We weren’t happy with how we ended the first half. We talked about not being content with whatever lead we built, like getting up to eight or nine,” Huerter said.

Cowan scored all 15 points in the final 11:31 of the fourth quarter, and primarily acted in a quarterback role of running the half-court and juicing the consistency out of the role players that Turgeon sorely needs if the Terrapins want to salvage NCAA tournament hopes.

“We’re getting better. The guys know this our team, with what we got,” Turgeon said. “We’re practicing really well. We’re really determined to be good. We have to get a little better on the road for us to get to where we want to be. … We’re just taking it one day at a time. This was a really big win for us tonight.” 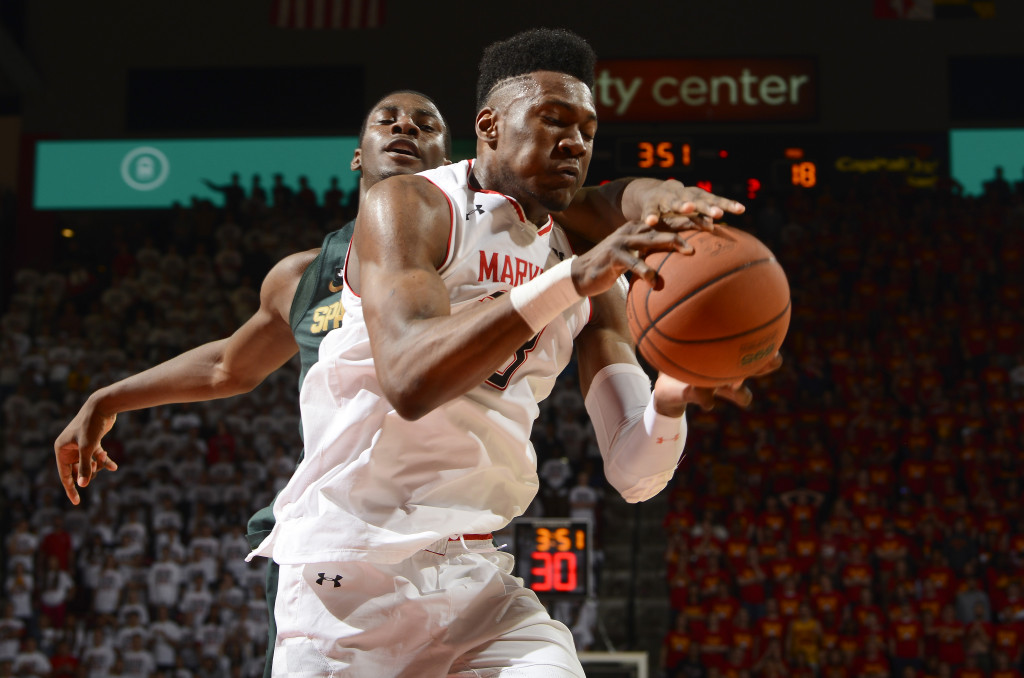 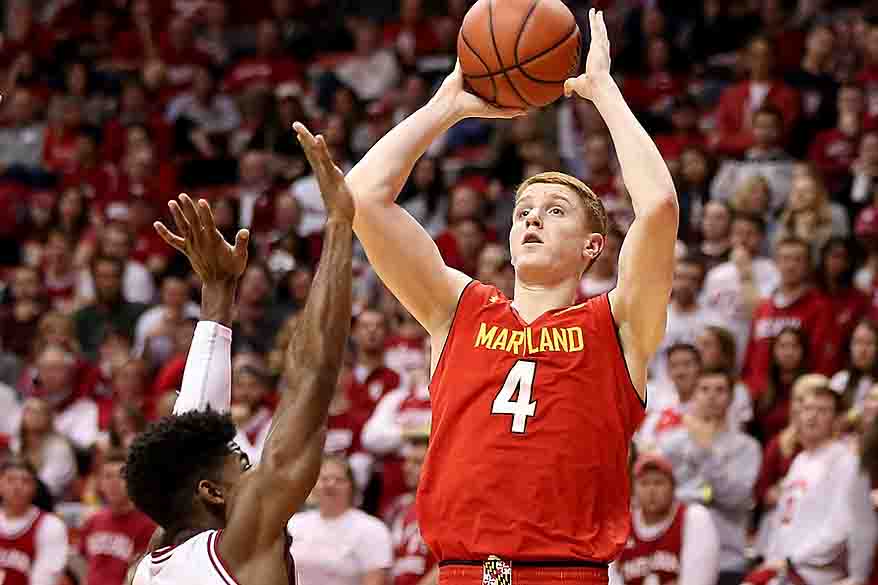 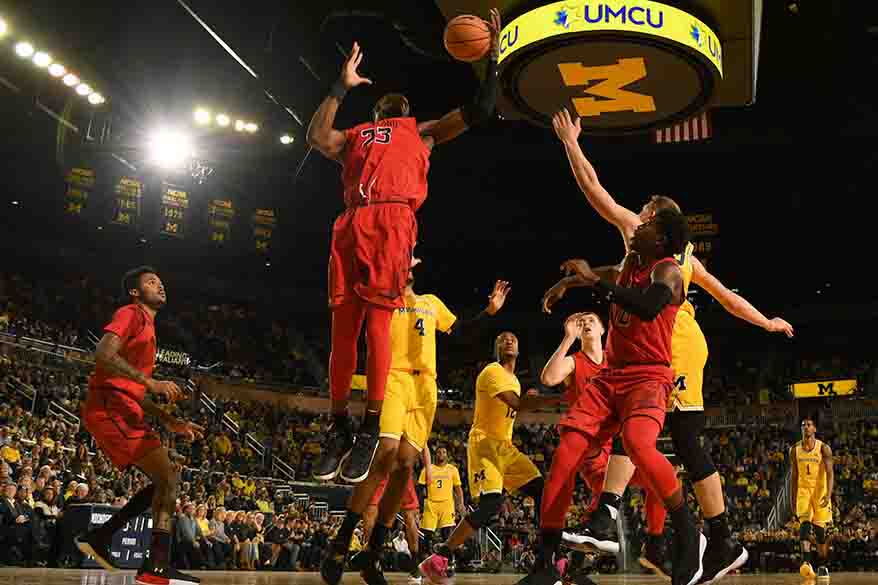