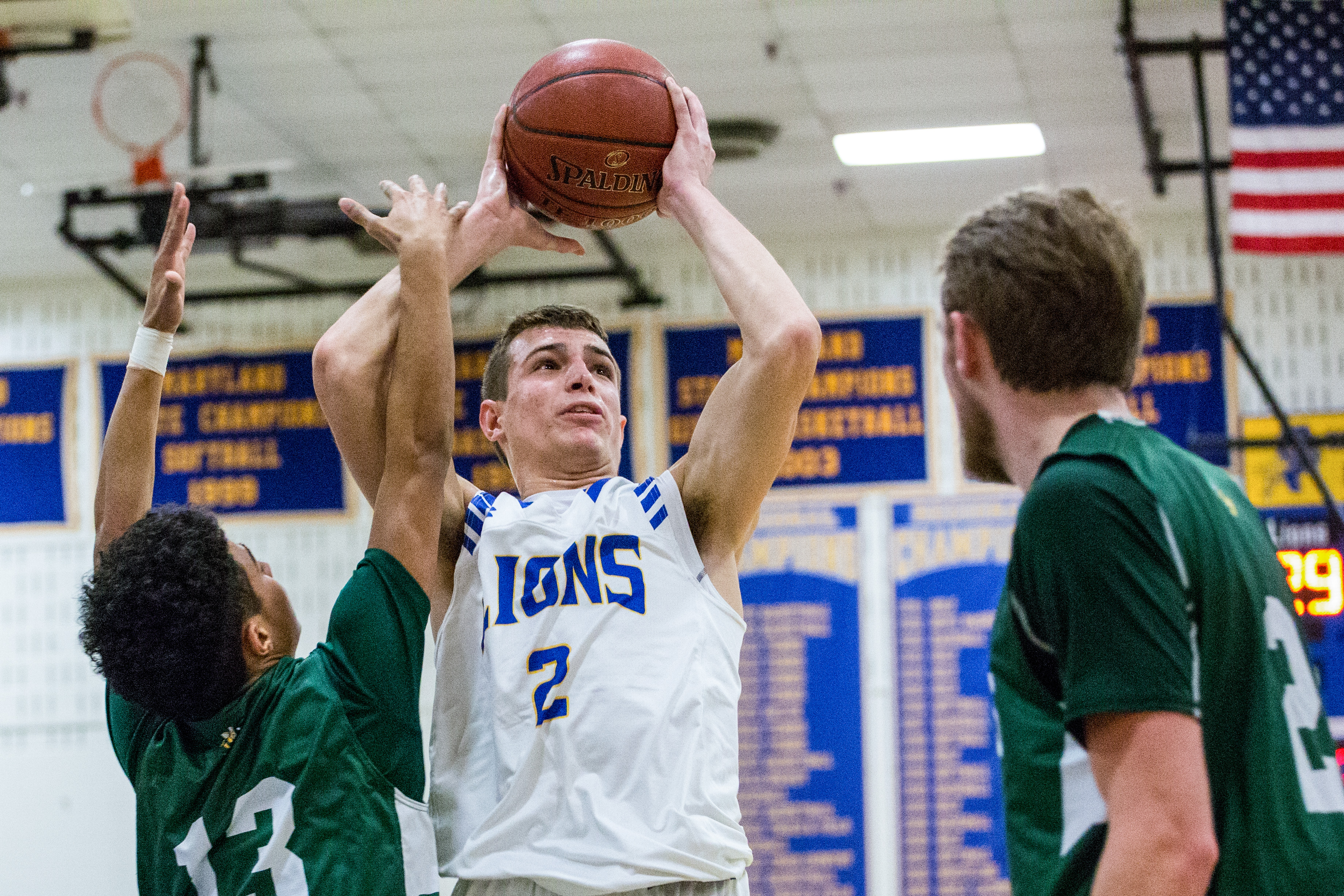 WALKERSVILLE — The sheer stakes of postseason basketball supplies enough motivation in itself, but Friday night’s MPSSAA boys’ basketball first-round playoff contest between Damascus and Walkersville carried an added incentive for the host Lions.

In November, the two collided on the football field in the 2A West region championship, which staged as one of the most hyped prep football games in Maryland history, since both won state titles the year prior (Damascus in 3A and Walkersville in 2A) before realignment bumped the Hornets down a classification. Damascus outdueled Walkersville in an epic slugfest, 7-3, but the Hornets’ game-winning touchdown came with 12 players on the field during an officiating mishap, sparking uproar around the controversy that hasn’t fully subsided. That gave this otherwise ordinary first-round game extra flare.

In the end, Walkersville got what they sought for: Revenge in a 71-69 victory.

“Anytime I see that school name, [Damascus], I’m coming out, I’m coming for them. Especially now,” said senior forward Jerimiah Sweet, who led Walkersville with a team-high 17 points. “It’s good to get one on Damascus. Not a football title, but anything is anything. You got to get what you can get.”

Walkersville’s student section and team, in warm ups, donned yellow shirts that read “12th man” in blue lettering. This past week, leading up to Friday night, Lions’ coach Mike Mathis noticed a heightened level of exuberance, especially from the six football players that play on the team. At times, though, they were a little too eager.

“It’s not a football state title, but it’s definitely good to get one on them. Hopefully they had a couple football guys,” Mathis said. “They were excited. I actually had to tell them to calm down.”

Walkersville, which will now play at Seneca Valley on Monday at 6 p.m., came out swinging and took a 22-6 lead on the first possession of the second quarter. At that point, the Lions knocked down 9 of 14 shots and forced six Damascus turnovers. But the Hornets, thanks to Mason Green’s valiant 39-point effort, never wavered and made things interesting down the stretch.

After Damascus went down 16, Green turned up the dial, scoring 17 of his team’s next 20 points to make it 32-27 minutes before halftime. The Lions kept Green quiet in the third quarter and hit their first five field goals of the second half to extend their lead to 45-31. During that pivotal stretch, Walkersville was able to exploit mismatches with Sweet, a big-bodied forward at 6-foot-2, and 6-5 forward Nephi Okonah.

“We knew we had some good matchups on them,” Sweet said.

Walkersville took an eight-point lead into the fourth quarter and upped it to 58-46 on a Zach Mathis 3-pointer with 6:30 remaining. The lead stuck at 12 with 1:30 left in regulation, when Davis Kelley (11 points) sank two free throws in the beginning of a series of Damascus intentional fouls. But after that, the Lions made just 1 of 6 at the line, opening the door for the Hornets, who ripped off an 9-0 run to pull within 70-67 with 8.3 seconds left.

“I thought we came out the right way, but that’s been our M.O.; to look at the scoreboard,” Mathis said. “When we need to put people away, we don’t seem to do that. We lose our mental focus. … We were just dribbling the ball. We weren’t screening. Turning the ball over. Just weren’t playing our style.”

“At this point in the year, the best words to hear is that there’s practice tomorrow. Wasn’t pretty, but we got that one out of the way.”

Say if Walkersville beats Seneca Valley on Monday night, it’ll either play at Williamsport or host Middletown on Wednesday for the 2A West Section II title. The Lions are 0-2 against Middletown this year and 1-1 against Williamsport. But the odds are against the Lions, since Seneca Valley, winners of the past two 3A West region titles, hasn’t lost a home playoff game since 2014.

When asked if he thinks his team is flying under the radar, Mathis responded, “Those teams have earned it. Oakdale,[the top seed in Section I at 22-1], is a powerhouse. Seneca [Valley] has won two years straight in 3A. Whatever they were before [Triston Price] got hurt, they’re team that can win the whole thing. We have to play a ton better on Monday, that’s for sure.”

One thought on “It’s not a football title, but Walkersville strikes revenge against Damascus on the hardwood”