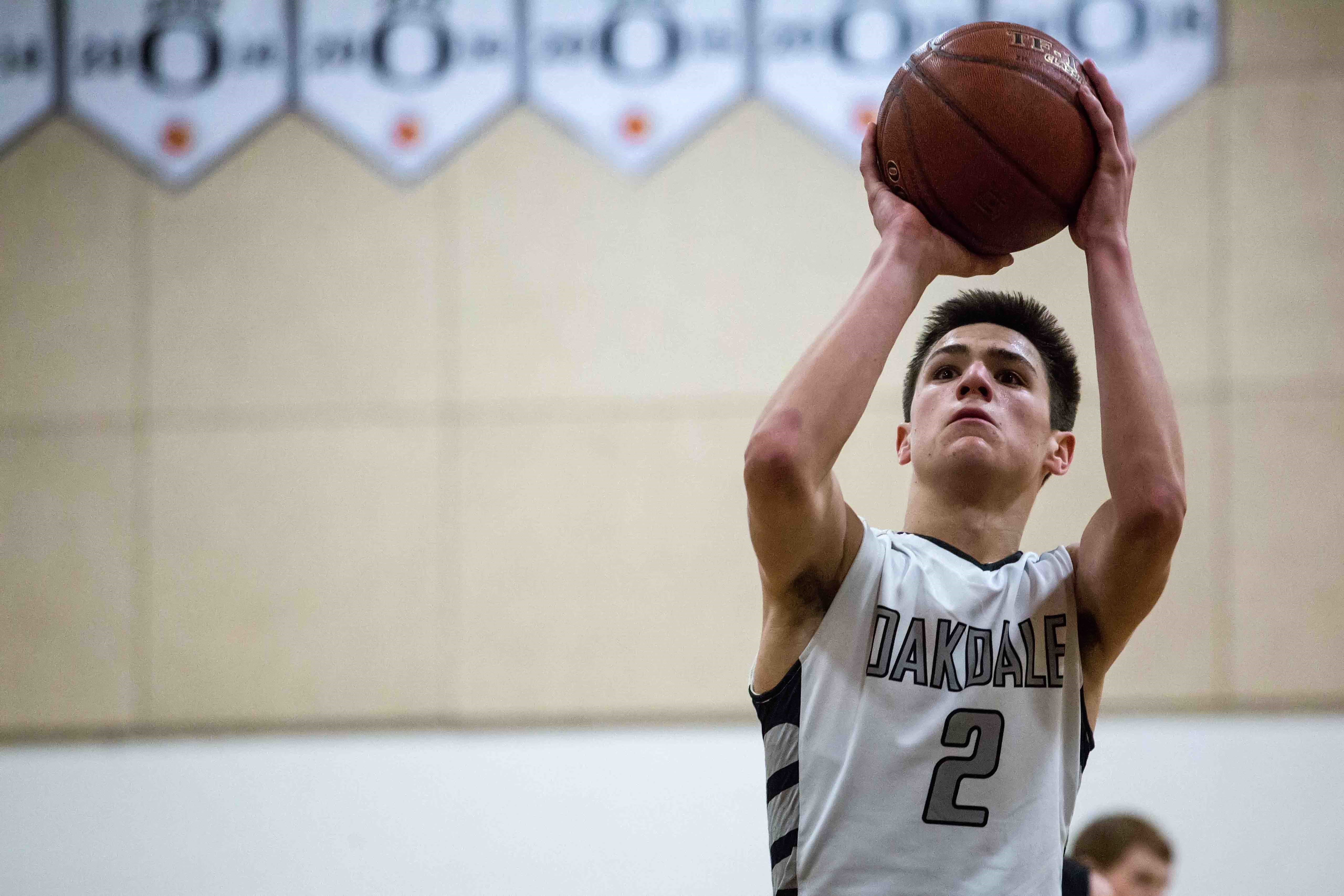 The 10th installment in a series of the 16 region-winning Maryland Public Secondary Schools Athletic Association boys’ basketball teams ahead of this week’s state tournament at the Xfinity Center.

Terry Connolly could spend hours talking about old basketball stories, some which are folklore in the Frederick area, like when he led 15th-seeded Richmond past second-seeded Syracuse in the 1991 NCAA Tournament. He also reminisces the back-to-back state titles won at Governor Thomas Johnson in 1985 and 1986, when legendary Coach Tom Dickman pioneered the mettlesome defensive spirit in that brawny, 6-foot-5 forward.

To this day, principles ingrained during those glory days carry just as much meaning in Connolly, the current head coach of Oakdale, as they did back then. Thanks in part to a demeanor that resembles Connolly’s blue-collar upbringing, the Bears (25-1) are authoring not only their best season in the program’s eight-year existence but one of the most successful season’s Frederick County has seen since 1999, when Thomas Johnson won the area’s last boys’ basketball state title.

On Friday at 7 p.m., Oakdale takes the hardwood of University of Maryland’s Xfinity Center against Baltimore City’s Lake Clifton in the MPSSAA Class 2A semifinals. A win puts them in the state title game for the first time since 2014. Another one will rewrite history books and relinquish a dreaded 19-year drought.

“I feel in order to win when you go down to Xfinity, you got to be able to play man-to-man,” Connolly said. “You can do others things. But in my experience, the teams I helped coach at TJ, Coach Dickman, the teams I watch down there, you see very little zone. Because if a team does a good job attacking, you have to play man-to-man. That’s what I grew up with.”

Oakdale has allowed 49 points per game this season, and have held 11 teams to under 50 points. Over the last 11 games, the Bears have strapped the clamps down even tighter — holding opponents to 47 per game, including four teams to less than 40 points.

“Defense is a big factor in our game,” junior guard Collin Schlee said. “We can obviously score on the offensive side. We’re not too focused on that. It’s about playing good defense. That’s definitely our main factor right now. We just have to keep doing it.”

Oakdale’s lone loss this season came at Linganore, a 69-65 defeat in which it surrendered Oakdale surrendered 43 second-half points on 69 percent shooting. Connolly unleashed the fury during the next day of practice and since then, the Bears have won 21 straight.

“We said for the rest of the season … that we wanted to focus on the defensive end,” Connolly said. “And that’s what we did.”

Even when Oakdale falters offensively, or simply struggle to send shots through the bottom of the net, defense rises to the occasion. For instance, the Bears shot just 36 percent in the Central Maryland Conference title game against Thomas Johnson, but on the contrary, turned in a 32-percent outing on the other end of the floor.

“That’s why we were able to hang in there,” Connolly said. “You’re going to have games like that no matter who you are.”

The special ingredient to this defensive success isn’t an abundance of athleticism or even size, but grit, fundamentals, and willpower to do whatever it takes to keep the ball in front, fueled by Connolly’s M.O. These Bears flunk the eye test every time, yet remain relevant time and time again.

“No one has gotten more out of his talent. He’s just so smart, so fundamentally sound, has no ego. It was a delight to coach, and now it’s a delight to watch,” said Dickman, not recently, but 17 years ago in 1991. And that sentiment hasn’t lost any weight. Dickman and others will say the same exact thing on this day about Connolly’s Oakdale team.

“He’s one of the best,” said Schlee, a 6-foot-4 junior shooting guard, who also gets overlooked himself despite being one of the state’s top scorers at 22 points per game on 50 percent shooting. There’s JP DeLorenzo, a 6-3 senior guard averaging 13 points a contest with an unorthodox, but effective, jumper. There’s Drew Jezioro, an undersized 5-10 point guard, who dishes six assists per game. There are forwards Chase French, Kevin Harris and Noah Polke, all three the tallest on the team at 6-4, 6-4 and 6-5, respectively. Junior 5-9 guard Mussa Crawford and sophomore 5-7 guard Dylan Berney are important role players in the backcourt, too.

“Mussa is like the energizer bunny,” Connolly said. “Tremendous energy and is tough as nails.”

Compared to Connolly’s Oakdale teams since 2013, this unit would likely rank toward the bottom in talent. Reminder: They are in this position — two wins away from an elusive state title — because of lion-hearted spirits. Traditionally, Oakdale has struggled against Baltimore City teams. And this match-up is another testy one: Against Lake Clifton and Coach Herman “Tree” Harried, winner of 400-plus games and three state titles. But maybe, just maybe, they can exorcise March demons, relinquish a 19-year drought, tie the past and present in one triumphant moment, and have a new story to tell for decades to come.

“It’d be a dream come true. I’ve been wanting to play [at the Xfinity Center] since I was 10,” Schlee said. “To win the championship it would mean so much to me my team and especially Coach [Connolly. We’ve all wanted this since we were little and [now] we definitely have a good chance.”