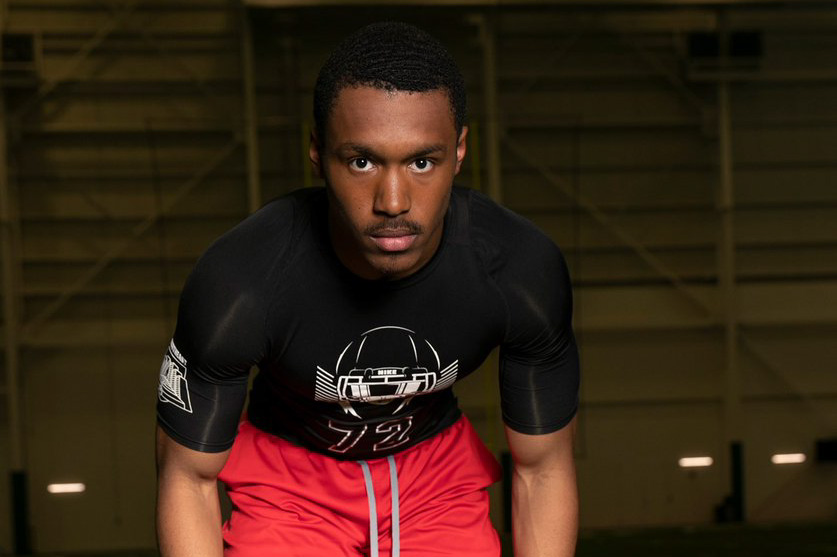 Cross, a 4-star recruit by Yahoo! Rivals and No. 4 safety in his class nationally, garners over 30 Division I offers, but his commitment appears to be down to just two: Florida State and Florida.

“Hopefully within the next week, before we head down to Florida [for the season-opener], I’ll be making a decision,” Cross said Tuesday. “They’re all talking to me, but Florida State and Florida are talking to me the most.”

This shouldn’t come as a surprise, and if you’re predicting, Florida State should be the favorite. 247sports has predicted a 95 percent chance Cross picks the Seminoles for a while now. If you monitor his Twitter, he’s posted numerous pictures of himself in a Florida State jersey over the last month and a half — more than any other college — and Cross’ most recent was at FSU on June 22.

“[My visit to FSU] was good,” Cross told 247sports’ Brendan Sonnone. “The atmosphere was good, the weather was good, just the whole coaching staff was warm and welcoming. From the time I got off the plane, I was met by like 10 coaches, then I get to the hotel and I’m met by like another 10 coaches. It was just a whole great atmosphere. I spent a lot of time with Jaiden Woodbey. It was a great experience.

And for Cross aiming to commit before DeMatha’s season-opener in Florida is another sign pointing toward FSU and Florida. Though the Seminoles and Gators are getting most of the attention, Cross said he’s “not ruling anybody out right now.”

“It’s still open,” Cross said. “Still talking with my family, going through the process, doing our research, do our little discussions every now and then. That’s how it is.”

Alabama, Maryland, Notre Dame and Penn State are also in the running for Cross. But given the catastrophe surrounding Maryland football’s program — the aftermath of a bombshell ESPN report revealing a “toxic culture” leading up to the death of lineman Jordan McNair — the home-state squad seems to be a long-shot for Cross.

“It’s just a situation over there. We can’t control any of that,” Cross said of Maryland. “We just have to trust God, that God will lead me where he wants me to go to college. We’re going to sit and talk about it, pray about it, and wherever it is, I’ll be successful.”

Cross is set to man one of the fiercest secondaries in the country, alongside his counterpart at the safety position, Alabama commit DeMarcco Hellams. DeMatha is looking to improve on a 6-5 (2-3 Washington Catholic Athletic Conference) season from a year, its least amount of wins since eighth-year coach Elijah Brooks took over the program.

“I think we’re solid across the board,” Cross said of his team’s prospects. “Everybody is working hard every day to get better. Everybody is bonding, flying to the football, making tackles, being physical. … We have to keep working hard and flying to the ball, getting better every single day. That’s how you get better: Just coming to work every day and improving what you need to work on.”