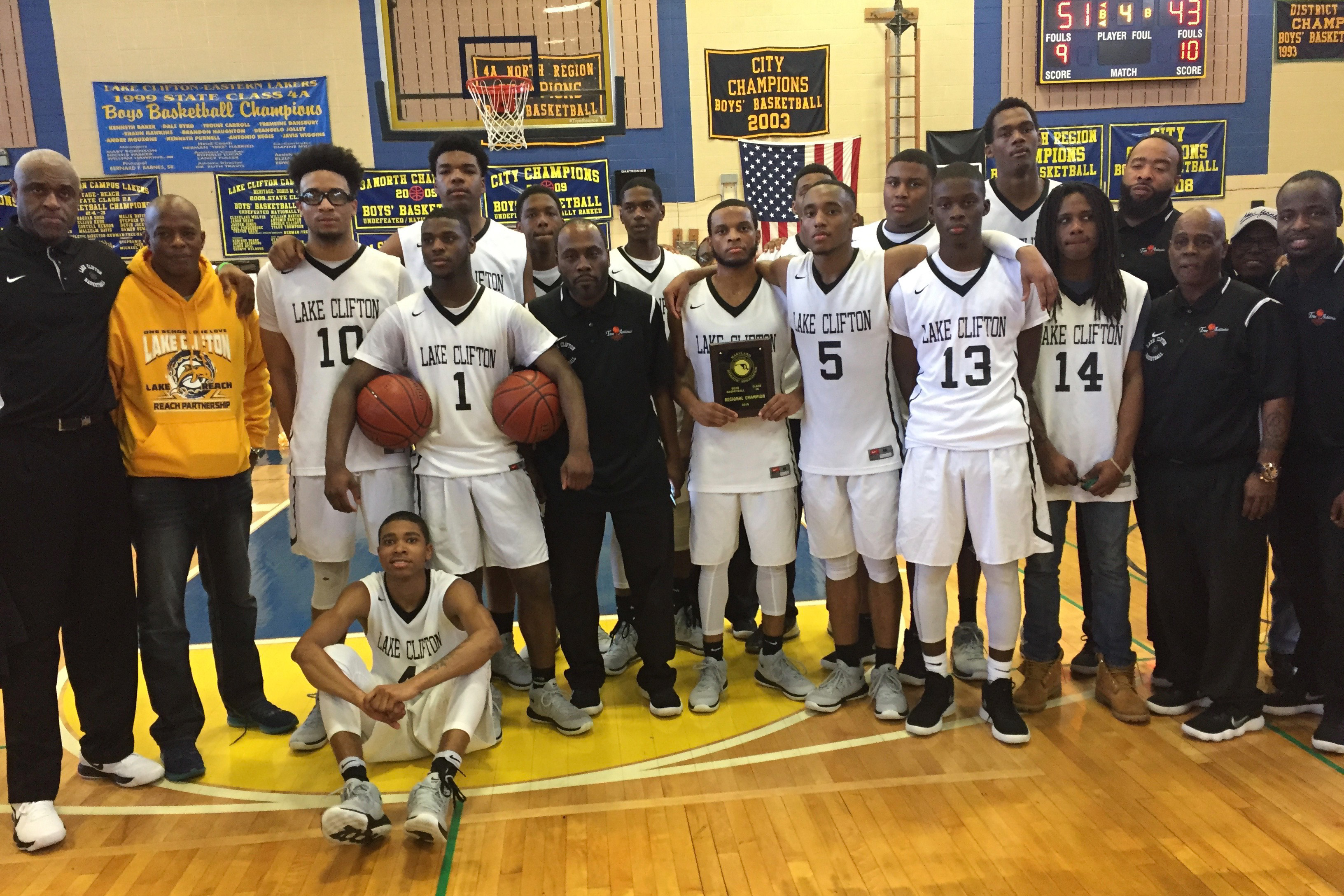 The ninth installment in a series of the 16 region-winning Maryland Public Secondary Schools Athletic Association boys’ basketball teams ahead of this week’s state tournament at the Xfinity Center.

The Lakers have rehabbed more than their fair share of injuries in one season than some squads do in multiple. Whether it was a back injury, a hamstring, ankles, even a mouth, the Lakers “have gone through it all,” according to coach Herman Harried. Despite changes to the lineup and uncertainty over the rotation, the team stuck together.

Togetherness is what got them past injuries to senior 5-11 guard Steven Parker (six points per game), the senior point guard, who missed 10 games and has only played his third game since. In his absence, the next-man-up mantra has been adopted by guys like senior 6-foot guard Chauncey Smith (10 points per game) and most notably sophomore 5-11 Michael Gray (14 points, six assists per game).

“I think we’re a great team, this is one of the best teams I’ve played with,” Parker said. “Togetherness is the key, and what defines this season for us.”

“It was a lot of times for us,” added senior 5-11 guard Benjamin Carter, who is averaging 12 points and six rebounds a game. “We kept fighting through adversity. I think that’s what built our character as a whole. We just stayed hungry, stay humble, and it worked out for us in the end.”

Behind a 17-point effort from Gray, the Lakers are again headed to Xfinity Center for the third time in four years after vanquishing New Town, 51-43, last Saturday in the 2A North region final. This time they face-off with Frederick County’s, No. 7 Oakdale on Friday at 7 p.m. With the chance to bring their fifth state championship, the first since 2012 against Largo, the Lakers must first go through the Bears and will be facing a daunting task in figuring out a game-plan to prevent Collin Schlee and JP DeLorenzo from going off at Xfinity Center.

The junior and senior guards have averaged 21.3 and 12.8 points per game, respectively, for the Bears and will be the focal point of the scouting report.

“Any team that’s made it this far has to be good, had to be doing something right to get there,” Harried said. “So not a lot change needs to be made. Just continue to execute, and continue to stay together and play hard.”

After a slow start in the first quarter against New Town, the Lakers turned the tide early in the second quarter when they went on a 14-0 run to take a 21-11 lead.

The closest New Town got is three points in the third quarter, but failed to complete its opportunities. Lake Clifton went on another decisive run and led by a game-high 14 points when Gray converted on a four-point play. When the Titans pulled to within seven, the Lakers kept them at bay with timely a timely 3-pointer from Smith (12 points) and free throw shooting from Gray and Parker who were able to close the game out at the line.

“We just had to continue to focus and execute,” Carter said. “Even if we were tired, we didn’t have any more timeouts left, coach said execute and we did what had to do.”

No matter how good Oakdale maybe, the Lakers are coming from the competitive Baltimore City public school league, and have a coach with 21 years of experience like Coach Tree helps. The former standout from the famed 1982-83 Dunbar team has built a culture of accountability and excellence that has had a profound effect on not only the team but in the school as well. His Lakers will be leaning on his experience to bring them back to the promised land and deliver a state championship, creating another notch on their belt and forming a legacy that will be hard-pressed to top.

“It comes with good, hard-working players who believe in the system and the program,” Harried said. “We’ve applied the same effort from practice into the same effort in the game.”