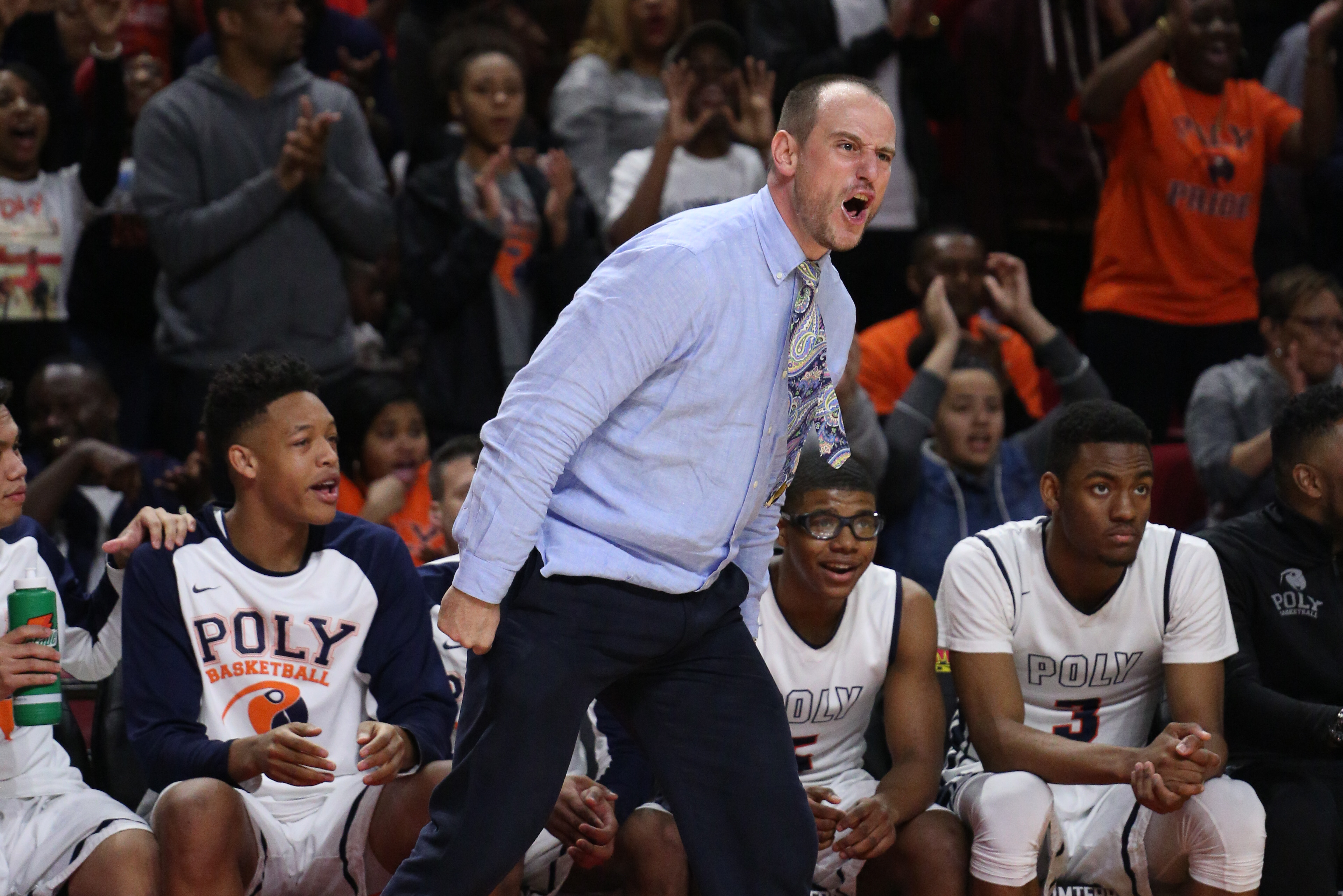 The eighth installment in a series of the 16 region-winning Maryland Public Secondary Schools Athletic Association boys’ basketball teams ahead of this week’s state tournament at the Xfinity Center.

Baltimore City is home to, arguably, the best and most sacred basketball on the planet. There are “The Boys of Dunbar:” Muggsy Bogues, Reggie Williams, David Wingate, and Reggie Lewis. There are NBA greats Carmelo Anthony and Rudy Gay. There are University of Maryland legends Keith Booth and Juan Dixon, who steered the Terrapins to their only national title in 2002.

Since the City joined the Maryland Public Secondary Schools Association in 1993, 35 state titles have been won — more than double of any other area in the state (Prince George’s County, 17). So, through this deep lineage of tradition coupled with 41 hungry programs in a small radius vying to become the next — 28 city schools and 13 neighboring Maryland Interscholastic Athletic Association privates — what separates from the pack?

Poly coach Sam Brand seems to have all the answers these days: Formulate a schedule loaded with national competition, still win 20+ games a season, attract high-major programs on the recruiting trail, ship players to college, win championships, all while earning a beneficial education for free. Having your own brand of apparel and sporting fresh jerseys certainly helps, too.

Even with limited resources as a public school, the Engineers are on the cusp of solidifying a Baltimore dynasty for the history books. On Thursday at 5 p.m., No. 1 Poly (20-6) faces off with Decatur (18-7), which they beat by 30 a year ago, with a shot to win the program’s second straight state title.

But it’s how these Engineers got here. Their six losses go like this: Wilson, the champs of D.C. Simeon, the champs of Chicago. Olympic, sectional champs in North Carolina. St. Frances, the Baltimore Catholic League champs. John Carroll, the MIAA champs. Lake Clifton, the 2A North regional champs.

“All of our losses have been to a champion of some sort, and against national competition,” Brand said. “I know I can create a schedule that favors us to have a good state seeding … but it’s not who we are as a program. We don’t schedule Simeon to lose. I mean, we were up 10 in the third quarter. … And we felt like we could’ve beaten every single one of those teams. … We are willing to take a loss to national competition if that means we have to go on the road in the Maryland state tournament.”

And Poly did that, but it came with a weighty price Brand expected. In the 3A South Section I final, the Engineers trailed No. 6 Potomac on the road going into the fourth quarter. They gutted out a three-point win in front of a sold-out crowd. In the 3A North title game at Great Mills, Poly trailed the whole game and was on the ropes, down nine with 2:20 to go. But trusty seniors Demetrius Mims, Seth Jones and Cleveland Horton scored the team’s final 14 points to power them to an emotional 60-54 victory.

“That philosophy was very much in question throughout the Great Mills game. Great Mills and Potomac,” Brand said. “Those two places very different, hostile Maryland atmospheres. … But that’s the beauty of the tournament.”

Mims, a Long Beach State commit, has shouldered the load after the departure of Maryland’s Most Valuable Player, De’Vondre Perry, who is now off at Temple. The 6-foot-6 senior guard is averaging a steady 18 points per game for the Engineers this season on 49 percent shooting. He’s also hauled in seven rebounds and swiped two steals a game. Sophomore 6-8 forward Justin Lewis, who recently picked up an offer from Maryland, put up 23 points and 18 rebounds in the win at Potomac, and is averaging 16 points, 10 rebounds and three blocks per game.

Sophomore 6-0 point guard Rahim Ali, who is picking up steam from Division I universities, is once again running the show beyond his years, averaging 10 points, 6.3 assists and two steals per game. The often-overlooked Cleveland Horton (10 points on 47 percent shooting, 3.2 assists and three steals per game), who could probably transfer elsewhere and become an immediate star, has taken on an elite defensive role on the perimeter. And then there’s 6-8 junior forward Amani Walker, who has interest from UCF.

All five of Poly’s starters are Division I recruits, with three of them still being underclassmen, a telltale sign that this train isn’t slowing down anytime soon. After all, Poly is 18-1 against Maryland public schools this year and 42-2 the last 44 games against Baltimore City competition. But the Engineers have embraced their dominance. On their apparel Instagram page, they advertise pullovers with the slogan “POLY VS EVERYBODY” slabbed on the front.

And on social media, it appears that way, too, with other 3A Final Four programs Decatur, Milford Mill and Thomas Johnson eager to get its shot at the top-ranked public school in the state.

However, that doesn’t mean moments like these don’t fulfill Brand, the tireless coach who’s built Poly from just another school in Baltimore City to one of the area’s most indomitable forces.

“It’s something to never take for granted, to be able to get down to the Final Four,” Brand said. “It’s an awesome feeling. I think some of that emphasis on that feeling is losing Dre [Perry]. I think everyone thought this would be a down year for us, and to see our seniors step up how they have and to bring a guy like Justin Lewis in to fill those shoes in a very major way, it’s awesome. … To have a target on your back after losing Dre Perry, it’s not an easy thing. It’s not. To handle that, it’s been awesome. It’s been a great ride. And it hasn’t been without plenty of adversity. But the guys have handled it well amongst the coaches. … They’ve handled it well. The guys have handled it well. I’m really proud to be apart of it.”