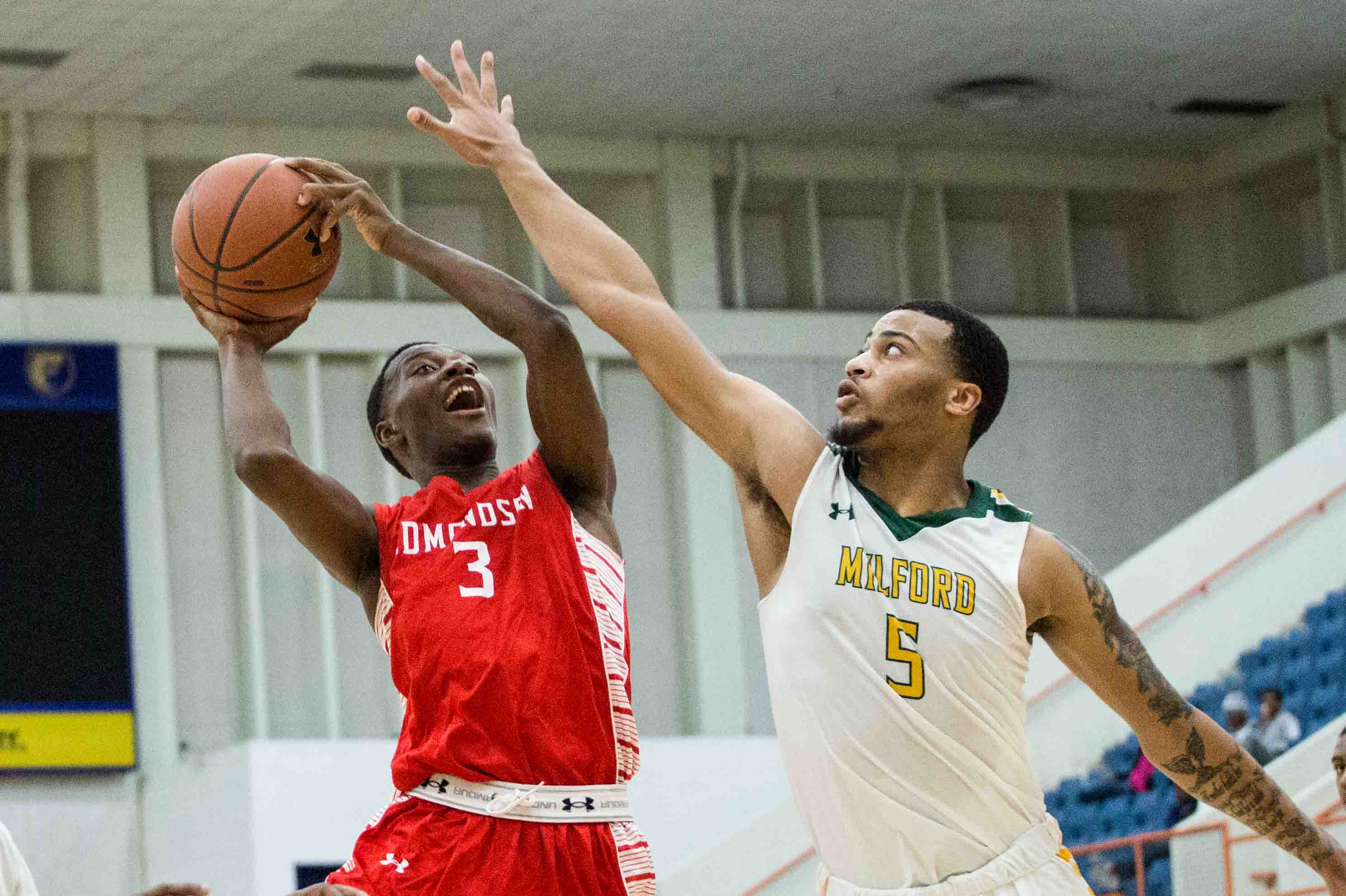 The sixth installment in a series of the 16 region-winning Maryland Public Secondary Schools Athletic Association boys’ basketball teams ahead of this week’s state tournament at the Xfinity Center.

For the first time in Ryan Smith’s four years at the helm of Milford Mill basketball, there’s a stable blend of athleticism, scoring, outside shooting and size. In the past, the Millers’ coach leaned heavily toward one dimension or simply lacked in another, which ended up becoming the unfortunate determinant in tightly contested games.

But this year’s personnel has Milford Mill (22-2) in the Final Four for the first time since 2014, back before Smith moved from an assistant to the head coaching role. The Millers, carrying a 14-game winning streak into the 3A semifinals, face Frederick County’s Thomas Johnson on Thursday at 3 p.m. at University of Maryland’s Xfinity Center. A win will, barring an upset, likely pit Milford Mill with the state’s top-ranked team in Poly, which knocked the Millers out of the playoffs in 2015-16.

“We played [Poly] in the playoffs [two years ago], and I didn’t really match-up with them well last year in the playoffs, but now I do. I got some extra guys now. I got some height this time if we’re fortunate to get to that championship game on Saturday,” Smith said. “But some people think we’re not good enough to beat Poly or even beat TJ, so we’re going to come in with our hard hats on and be ready for Thursday.”

Milford Mill is led by 6-foot-2 senior guard Jordan Goodwyn, who is averaging 19.4 points a contest on 40 percent shooting and 32 percent from deep. Ugo Obasi (15 points, 6.6 rebounds, 2.9 assists, 2.2 steals, 1.2 blocks), signed to play football for the University of Virginia as a receiver, brings physicality, size at 6-4, and shooting (59 percent overall, 41 percent from deep) on the wing.

Senior Eric Turner, a 6-5 forward averaging 10 points on 54 percent shooting, six rebounds and two blocks per game; and junior Darius Woods, a 6-7 center contributing five points on 43 percent shooting, seven rebounds, and two blocks per game, anchor the interior. And then there’s Ahmed Milton, a 5-10 senior running the show as the lead guard (five points on 37 percent from deep, seven assists and three steals per game).

Since the six-point and three-point setbacks to No. 3 Dunbar and Edmondson on Jan. 11 and Jan. 13 at Morgan State University, Milford Mill has won 14 straight by 21.3 points a contest. It also handed No. 4 Perry Hall, last year’s 4A state champions, its first loss at home in roughly three years —  a 69-66 win on Feb. 12.

“The more we played, the more we started gelling together and started taking care of the ball and doing things we normally do,” Smith said. “We’ve had the talent. We’ve just had to polish things and make sure we play together.”

The Millers like to ramp up the pace, with a variety of presses — from 1-2-2 to straight up full-court, man-to-man — and a barrage of 3-point attempts. And that won’t change this week.

“We’re just going to go in and play our game,” Smith said. “If we play our game, I think we can beat anybody. We just have to go out there and finish. … We ain’t gonna stop doing what we do because we’re down there at [the Xfinity Center]. We’re gonna play ball. We’re gonna run. We’re gonna shoot the 3. We gonna beat people up. Hopefully, we pick up the championship on Saturday.”